Popular Viking symbols and their meaning

The culture of the Nordic or Viking population has always been considered one of the most fascinating. Merit surely of the valiant deeds in battle, and of the numerous conquests obtained thanks to the wise experience in navigation. One of the distinctive features of the Norse is the symbology, rich in meanings and many evocative symbols, in fact, had a specific and very deep meaning, the Viking symbols are now much studied and back in vogue for the realization of various esoteric objects. Currently, the Nordic culture is living a period of great interest, thanks to TV series, movies, games in vogue in the last years and its symbols seem to be perfect to be imprinted on the skin.

The most famous Viking symbols and their meanings

Among the most famous Viking symbols, there is definitely the Mjölnir, Thor’s hammer, the means by which his son Odin destroys giants and his enemies. In the Viking culture was a symbol of protection in battle, but few know that Thor also used his hammer to bless couples and wish them fertility and to consecrate people into gods. For sure one of the Viking symbols most powerful and popular. 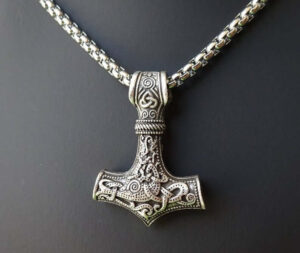 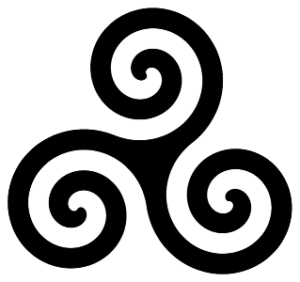 The Triskelion, however, is associated with the king of the Norse gods, Odin. The triple horn or triskele is a symbol of wisdom and cunning, the same that Odin used to deceive the giant Gunnlöð and drink the magic mead (the mead of poetry).

The Valknut is also known as Odin’s knot, the father of the gods in Germanic and Norse mythology. According to scholars, the three triangles represent earth, heaven and hell. The nine points of the triangles, on the other hand, represent the 9 worlds of ancient Norse mythology. that fallen warriors were welcomed in Valhalla. Another function of this symbol was related to death in battle. The three intertwined triangles, in fact, have been found in engravings next to warriors who died valiantly. The most accredited theory is that it served to protect the spirit of the brave so that they could reach Valhalla undisturbed to train in the arts of war until the day of Ragnarok. 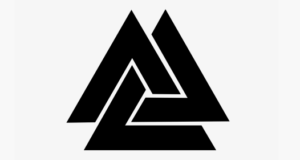 The Viking compass, or Vegvisir, on the other hand, is made up of several runes, and was used to provide guidance to the person who might lose their way. The compass was often used on ships, the true strength of the Viking people, to ensure that sailings and voyages followed the right course and returned to safe harbors without getting lost. This is among the Viking symbols is often confused with the Aegishjalmr 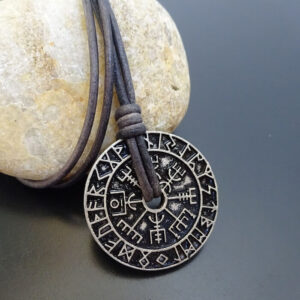 Often known, as the helmet of terror or helm of awe, is considered one of the most powerful protective Viking symbols, present in many Norse sagas but its origin is not certain, probably around the year 1000 AD. According to the stories it was engraved inside, in the frontal part, of the helmets of the Viking warriors. This guaranteed them protection in battle, an increase in strength and “poisoned” enemies with terror. 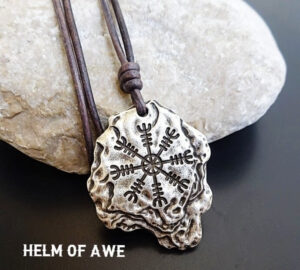