Sowilo Rune: The Power of the Sun

The letter is taken directly from Old Italic (Etruscan or Latin) s (𐌔) ultimately derived from Greek sigma (Σ). It appears in the earliest inscriptions (Vimose Kovel) from the 2nd to 3rd centuries.

The name of the same rune is attested in all three rune poems. It appears as Old Norse and Old Icelandic Sól and Old English Sigel.

Sowilo is often used as a symbol of hope, victory, and good fortune. This rune can help you to overcome obstacles and achieve your goals.

When working with the sowilo rune, it is important to remain positive and focused on your goals.

Sowilo is one of the most powerful and versatile runes in the Elder Futhark, and its meanings reflect that. “Sun” and “victory” are its most common interpretations.

It is also a very popular symbol in Germanic neopaganism and Norse paganism. In divination, Sowilo usually signifies good things to come, such as success, happiness, and good health. It can also represent a need for change or new beginnings, and can be a sign that you are on the right track.

However, it can also be a warning of Pride, which can lead to self-destruction. In magic, Sowilo is often used for protection, success, strength, and healing. It can also be used to banish negativity and to cleanse and purify an area.

Sowilo is a rune that besides the sun, represents, completeness and success. This rune is often used in rituals and spells for healing, protection, and prosperity. If you are looking for guidance and strength, consider working with the sowilo rune.

Sowilo is associated with the elements of fire and air, and the planet Sun. It is a masculine rune and is considered to be a very positive force.

It is the counterforce of the cosmic ice in the rune Isa. Sowilo represents firepower in the physical and spiritual world. It promotes energy, dedication, optimism and persistence in any endeavor. Guard your heart and you will be able to resist harmful opinions from others Focus on its purpose.

The ancient mystics intuitively recognized that the sun provides this planetary system and its life forms with many diverse cosmic energies required for the evolution of the life force, and indeed, it is the power of the sun (and stars) that encompasses the dynamic energies inherent in all things within its system, as if it were all being forced within its incomprehensibly hot furnace.

Sowilo brings everything into the open and strikes like lightning in a controlled and concentrated flash of overpowering, huge activity.

Sowilo contains an ancient code of honor. These are the commonsense guidelines and ethics that hold society together, transcend the letter of the law, and motivate individuals to “do the right thing.” Sowilo is also a rune of success and victory, it empowers us to win and connects us to revelations about our life purpose and insights into actions that will guide our efforts.

Sowilo is often used as a symbol of hope, victory, and good fortune. This rune can help you to overcome obstacles and achieve your goals. 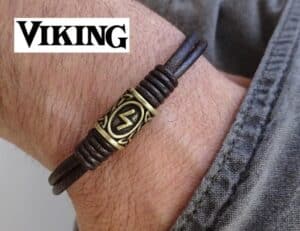 This powerful rune can be found in many different types of jewelry, including pendants, amulets, and bracelets. The Sowilo rune is a popular choice for those who are seeking strength, success, and protection in their lives.

If you are looking for a talisman or amulet to bring you success, power, and victory, then the Sowilo rune is a perfect choice.

Rune tattoos are becoming increasingly popular as people look for unique and personal ways to express themselves. The Sowilo rune tattoo is a very popular design among norse tattoos because of its deep meaning and ancient history. 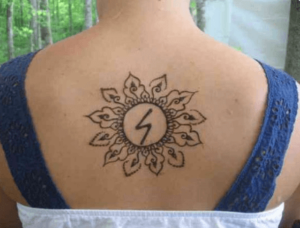 The rune sowilo is one of the most powerful and versatile of all the runes. It can be used for protection, success, and strength in any situation. It is also a very positive rune, and can help to create a positive outlook on life.

In today's article, we will tell you about Algiz Rune considered one of the most powerful and popular runes in Norse mythology. If you ...

END_OF_DOCUMENT_TOKEN_TO_BE_REPLACED

Norse runes find their origins in the Germanic-Viking tradition and were also used by the mysterious Celtic people as a divinatory and ...