Sic Parvis Magna – What Does Really Mean? Get the Facts

If you have already heard the expression “Sic Parvis Magna” it is because you are probably a fan of the well-known video game for the PlayStation Uncharted series, but what probably you do not know is that this phrase was the favorite motto of Sir Francis Drake, an English legendary explorer, privateer, and navigator.

What does this phrase exactly mean? In what context is it used? And who was Francis Drake? Continue reading the article to find out.

What does Sic Parvis Magna mean in English?

Literally, “Sic Parvis Magna” means “Thus great things from small things (come)” which can be more freely translated as follows “Greatness from Small Beginnings” and it was chosen by Francis Drake as his motto, and he was right since he was also born to a poor family, but became a well-known navigator, knighted by Queen Elizabeth I.

This phrase, however, maybe a short version of a thought expressed by Drake in 1587, namely, “There must be a beginning to any great matter, but the continuing unto the end until it is thoroughly finished yields the true glory.”

The biggest thing I’ve learned from this is that no matter how great the end goal is and the rewards that come with achieving it, it’s the journey that makes it that much more interesting and exciting. If a goal is easily attainable, then achieving it doesn’t make it as interesting or essential.

Through it all, I’ve learned to love every single moment of life despite the ups and downs, because greatness comes from small beginnings. If you truly believe in what you are doing and commit yourself without worrying about the end result, no one can stop you from reaching the top. 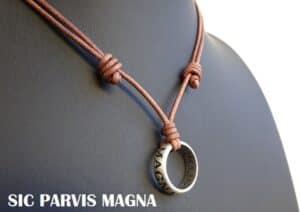 The first context and document in which it appears “Sic Parvis Magna” is within the Eclogues, a collection of 10 pastoral poems considered the first major work of Virgil published in 37 bc In Eclogues I, we can find the following phrase

so I used to compare the great things with the small.

Who was Sir Francis Drake?

It is good to dwell on the figure of Francis Drake, to better understand his choice of such an expression as a motto. He was born in Tavistock (county of Devon, England) in 1540, to a large family, he was the eldest of 12 brothers, of Protestant farmers, who were forced to flee to Kent during the Catholic persecutions. 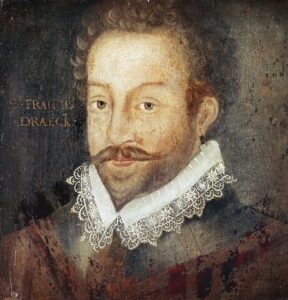 At the age of thirteen years, Drake embarked for the first time on a merchant ship, in those years he learned very well navigation and was thus enlisted by his relatives, the Hawkins then became commander of a ship at the age of 22 years, and in the following three years he made his first trips to America, along with his cousin Sir John Hawkins and earned, after his exploits in the Caribbean Sea, the nickname of El Draque, direct translation of his surname. His motto was Sic Parvis Magna.

Around 1560, together with his cousin, he sailed for Africa, where he illegally began to trade slaves, and then resold them in New Spain, against Spanish law. It was so that in 1568 he was blocked in Mexico, by the men of the Spanish crown managed to escape but lost several men. From that moment on, his hatred for the Spanish crown increased.

In 1577, the commander was commissioned to fight the Spaniards along the American coasts of the Pacific, at the behest of Elizabeth, and this led him to circumnavigate the globe, arriving two years later in an inlet of what would become San Francisco. After crossing other islands, he returned home in 1581 carrying spices and treasure, and the queen knighted him. 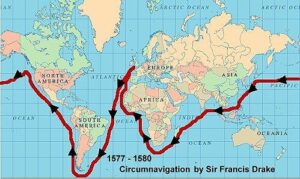 When war broke out between the English and Spanish in 1585, Drake was appointed admiral of the English fleet, after winning against the Spanish armies. Later, Drake also participated in campaigns in America, which were long and disastrous.

He died in January 1596, for dysentery, in Portobello (Panama), being buried at sea in a coffin made of lead. He left, in his will, a considerable part of his personal wealth to the poor people of the city of Plymouth.

In modern culture the motto of Sir Francis Drake has been popularized, thanks to the famous video game Uncharted series where the inscription Sic Parvis Magna appears engraved on the ring, in the inner part there is also the date of the day after the death of Francis Drake and the coordinates of his coffin.

In fact, Drake is not even Nate’s real last name. As revealed in Uncharted 4, Nathan’s original last name is Morgan. 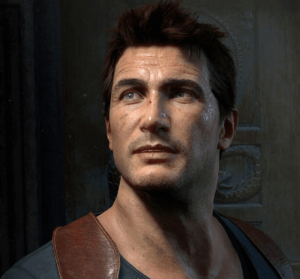 Given the importance it has had in the popular video game, the famous ring could not be missing in the recent movie Uncharted starring the actors Tom Holland as Nathan Drake and Mark Wahlberg as Victor Sullivan.

At the beginning of the movie, we find the brothers Sam and Nathan “Nate” Drake who are captured by museum security while trying to steal the first map made after Magellan’s expedition.

The orphanage that houses both boys decides to kick Sam out. Before leaving, Sam promises his return to Nate, and leaves him a ring engraved with the words “Sic Parvis Magna”.

Francis Drake was and still is, a very popular character. In fact, he is present in several books and films (or at least is mentioned) and has inspired some characters, such as X Drake in the One Piece manga.

If you are passionate about the video game Uncharted, at Surflegacy we have a replica of the Sic Parvis Magna ring necklace, you can find it here 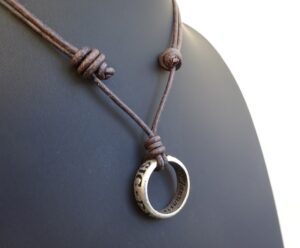